STAGE I: The skeleton – a framework to guide the execution of an experimental study where it is recognized a priori that said study and the results which could reasonably be expected of that study are of sufficient significance to warrant dissemination to a broader audience. The skeleton should consist of the following components:

STAGE II: The draft outline – an outline to guide the preparation of a draft manuscript. The outline incorporates properly formatted figures and descriptions of the data. The outline should have a tentative title, a paragraph encapsulating the findings and significance, a schematic illustrating the relevant physics, chemistry or mechanisms at play, and properly formatted raw and analyzed data.

STAGE IV: The draft – Complete the draft by writing the experimental, results/discussion and conclusions, along with any supporting information. Remember that the writing should be logically structured. A common pitfall is to describe experiments and results chronologically, but this if not a priori the most effective way to communicate the underlying science. Unless there is a specific benefit that derives from communicating data chronologically, data should be communicated in the sequence that is most effective in delivering the narrative, given the context of the work, i.e. the hypothesis and justifications for the work.

STAGE V: Versioning – The draft is improved though successive rounds of review and revision. The final version is optimized in terms of layout and content for submission to the chosen journal. You must read and re-read your paper several times, with a very critical eye. Be on the lookout especially for logical fallacies and factual errors – any sentences which don’t sound right when you read them represent red flags – if they don’t sound right to you, it is likely that they will not sound right to a reviewer, and more importantly, to readers of your work over the many years (eternity!) to come.

Letter to the editor

Logic and structure: Effective scientific communication relies largely on the logical, clear, presentation of concepts and data. Presenting the concepts and data in sequences that lay bare the connections between/among individual elements is a key goal. Presenting grammatically correct text that is nonetheless ambiguous in meaning is a common mistake that detracts from the work. Some examples appear below. Can you spot the issues?

Tense: It was once the case that all scientific writing employed the past tense, and passive voice. For example, one might write:

Somewhere in the introduction: “Here, the morphology of samples was examined as a function of annealing conditions.”

Somewhere in the data/discussion section: “The morphology was found to be strongly dependent on the annealing conditions, as shown in Figure X.”

Nowadays that has largely given way to the use of active voice, and the use of first person narration (use of “we” in writing). There is no longer a strict adherence to past tense which can often make for a confusing mixture of past and present tense in the narrative. A good guideline to overcome this is to use past tense when describing distinct actions that were taken, or things that were done in performing an experiment or study. By contrast, present tense is more appropriate when describing data that is being presented in the paper.

Somewhere in the introduction: “Here, we examine the dependence of morphology as a function of annealing conditions.”

“Here, we examine the dependence of morphology as a function of annealing

For example:
“In the event that the sample was not first cooled before being subjected to UV irradiation, the morphology was found to be independent of the molecular weight.”

Here, the main point is that the morphology was independent of the molecular weight, so this should be stated first, then the qualifier given.

If the qualifier is very long, it should be broken up into separate sentences:

“As shown in Figure X, the morphology is independence of the molecular weight under certain conditions. This is the case for samples which were not first cooled before being subjected to UV irradiation”

Resolution matters! There is nothing you can do to generate higher resolution in your data. Vector graphics/drawings can always be re-exported from the original source at a different resolution, but for actual data, micrographs etc, try to capture as many pixels as you can when you first take your data, and then resize later. A good rule of thumb is to presume that 300dpi is the resolution used for printing articles. A typical figure in single column display is no more than 3.5″ wide. That means you *need* at least 300×3.5=1050 pixels of data to be able to resize your image without throwing away information. If your original micrograph/image is only 525 pixels wide, then to print it at 300dpi and fill 3.5″ of space required *inventing* an additional 525 pixels of data. Image processing applications are happy to do this for you by interpolation etc., but the results are usually not satisfactory. It’s better to start with more pixels and resize downwards. Now how does all this translate for digital production, i.e. many manuscripts are viewed entirely digitally, on a monitor or tablet or whatever. The situation here is a bit more nuanced. In theory the size of the image on the screen is determined only by the number of pixels constituting the image and the resolution of the screen. If you display your 1050 pixel image ‘natively’ on a 1024×768 monitor it will take up all of the screen/the screen won’t be able to display all of the image (26 pixels will be off screen). However when you look at your 1050 pixel image at 300dpi in MS Word or in a PDF document, it clearly does not occupy the entire screen, so what is going on? The applications perform some resizing/translation to account for the difference between the desired display size, the actual number of pixels in the image and the native resolution of the device. This also happens with physical printers of course, and it’s the reason that your data looks better on higher resolution screens, i.e. those that have more physical display pixels for a given physical width, can actually *show* data that’s there when the image is reproduced at a given size.

Designing for web display is another issue entirely and fortunately for scientific publishing we don’t have to consider it too much. Briefly however, web display is usually standardized on 72 or 96 dpi. So if you post your 1050 pixel image directly into a webpage without any specification of the size at which it should be displayed, it will appear at either 14.6 or 10.9″ in width. There’s some good reading here on this topic.

Regarding image resizing for manuscript preparation – please avoid resizing in word processing or presentation applications, i.e. MS Word or Powerpoint. You are *far* better off laying out your images and figures in desktop publishing or image processing applications such as Adobe Illustrator, Fireworks, Corel Draw etc. These are excellent applications that provide image processing, vector drawing and layout. Avoid drawing figures in Word and Powerpoint – the results are often less than satisfactory.

The process of reading, distilling and critiquing papers will go a long way in helping one improve as an author in one’s own scientific writing. A good referee report describes and considers the novelty of the research, the technical quality of the experiments, data and analysis and whether the conclusions are adequately supported by the data presented. If possible, the report should help the authors to produce a better paper, so if a revision is recommended, the report should communicate specific ways in which the manuscript can be improved. Above all, the goal of the reviewer is to enforce the criteria of the journal. A referee report most typically contains two sections. The first is a short paragraph (a few lines) that summarizes the paper to the editor, details the referee’s overall thoughts about the manuscript, makes a recommendation to publish/reject/submit to another journal/publish after minor revisions etc. The recommendation to publish/reject/revise should be justified with a discussion in the following section of the report. The discussion should describe, point by point, the items that the authors of the paper need to address in any revision, or places where the paper has fallen short, or where it stands out. At the end, the review should be something that if one received would make one feel that the referee had read, understood and carefully considered the work of the paper, regardless of the final recommendation. 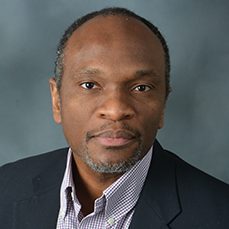